There are often worlds, sometimes seas and always borders between political correctness and humanly correct behaviour: state borders, borders in thought and action. These limits all too often prevent decisions from which humanity as a whole could benefit.
In a political and social environment such as we see today, it has become easier to point a finger at someone. Those responsible are blaming the so-called refugee crisis more quickly than the refugees themselves. In times like these, when the voices of splitters, agitators and demagogues often strike dangerously open ears, it is important to recognize those who caused the problems. It is even more important, however, to help shape a perspective that helps the majority of people to unite in support of a peaceful solution. The book tries to do this in the language I am most familiar with: with humour. I hope it can elicit from you one or two brooding and laughing folds. 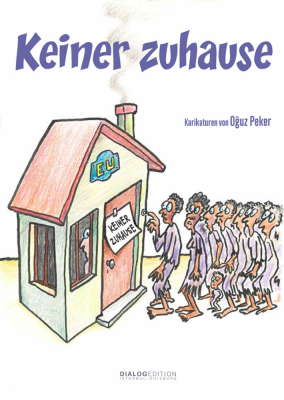